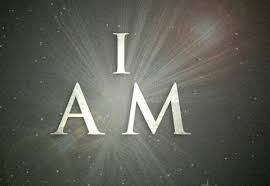 One thing that always amazed me about our infertility journey was Lisa’s ability to see herself as a mother before she ever was one.

I am 100% certain that the moment she committed that I am to paper, she opened up some divine channel to our daughter.

We had just failed our 6th fresh IVF cycle, after spending most of what was left of our savings, maxing out our home equity line of credit and spending nearly a month and traveling 2500 miles from home to go to one of the top fertility clinics in the country for one last shot at getting our dream baby.

The ghost of yet another batch of embryos was haunting us. By this point we had endured the loss of 47 embryos.  Two frozen blastoscysts remained.

We spent New Years Eve at home.  Just a few months before I had been convinced we would spend this New Year’s celebrating Lisa’s second month of pregnancy with some alcohol free fruit drink, toasting to a baby (or babies as our Doctor had been convinced multiples were in our future) that were on their way.

Instead, we spent the night with a bottle of Crown Royal, wondering what would come next.

In the fog of the next morning, I began my day by making a list of to do’s for the week, but found Lisa’s writing throughout.  The scribbles were slanted at various angles.

Then I stopped on what she had written at the end of the next year.

“I am sitting here and we finally have our dream baby or babies.  Either Elli and Emmy.  I am a mother”

I stared at the words, as I stare at them at least a couple of times a year to this day.

Three weeks after those words were inscribed in my day timer, we flew back to that infertility clinic and thawed out those last two, poor quality embryos.

The endocrinologist had recommended we have them donated to science because in their expert opinion there was little chance they would amount to anything.

On February 1st, one of those embryos proved the doctors wrong.  And proved Lisa’s ‘I am” right.

One of the saddest things I see in our groups is the loss of hope.  The path through infertility requires you climb hills of hope knowing more than half the time you’ll end up in a valley of disappointment.

In your heart though, you know.

Don’t be afraid to say it out loud.

I am a mother.

I am a father.

If you do, a path will be opened, and that baby will get to you somehow.

While SB 1376 appears to be in slumber for the moment, I realized that today marks the 44th day in a row that I have posted about infertility related topics. On January 22nd, I made a commitment to blogging EVERY SINGLE DAY about something related to infertility. As I type up post #44, I have… END_OF_DOCUMENT_TOKEN_TO_BE_REPLACED

I was at Ash Wednesday Mass with Lisa and Elliana today and for some reason about half way through the service I had a flashback of a very different Ash Wednesday when Lisa and I were in a very rough valley during our path through infertility. It had been nine months since Lisa had miscarried… END_OF_DOCUMENT_TOKEN_TO_BE_REPLACED