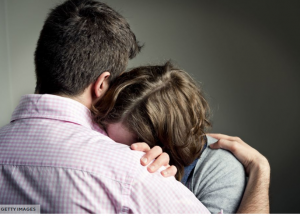 Denny Ceizyk believes men can have a much bigger role than being strong and silent during their infertility journeys.

During and after his years of medically assisted baby making mayhem, support groups, and after many Resolve Walks of Hope, he’s spoken to hundreds of men who felt invisible in the process.

The blood draws, vaginal ultrasounds, more blood draws, more ultra sounds, the fertility drug injections, the beta blood draw—it’s all focused on getting some viable biological software from a man and woman into the uterine hardware to function for a full nine months.

Only even at the best of clinics, half the time, there will be a hardware crash.  The cycle won’t work.

Denny was strong and silent for many, many cycles at the beginning of his infertility journey.

His ego was humiliated because a third party was involved in the intimacy of baby making.

The fact that insurance companies in most states weren’t willing to make infertility treatments a covered benefit made him even more suspicious.  The little research he had done at the beginning of his infertility journey revealed that the science had been around since the 1970s.

By the time he and his wife, Lisa  were in the thick of their IVF cycles the ‘science’ had enjoyed a full 20 years of evolution-only to offer a 30-40% success rate at most of the clinics?

Lisa didn’t feel supported when he complained incessantly, and often preferred his silence.

When they had their first miscarriage that all changed.

She felt responsible for the loss of that baby.

He felt her tears fall on his shoulders.

A few months after their miscarriage, Denny began playing songs in Nashville.  Many of them were inspired in some way by their hardships on the path to parenthood. He was no longer silent about their infertility.

Denny believed the baby they lost was a boy, and if he could have cut a deal with God he would have traded his soul to see Lisa’s pain taken away.

Lisa didn’t need Denny to make such a grandiose gesture.

She just needed a soft place for her tears to fall.

Below the picture above, Denny has attached an MP3 of the song A Soft Place to Fall in tribute to this year’s National Infertility Awareness Week.

Hopefully this will ‘flip the script’ on the notion that men need to be strong and silent in the infertility process.

They can always be a soft place for their loved one’s tears to fall. 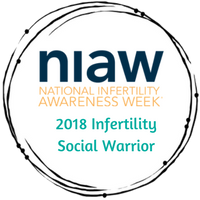