Denny Ceizyk is a six-year infertility veteran who has provided the male perspective about everything associated with medically assisted family building now for more than two decades.

Denny was honored with Resolve’s Hero Award for his service to the infertility community, which included forming the first couple’s support group in Arizona, emcee-ing yearly Walk of Hopes in Arizona, and lobbying for infertility rights as an ambassador for Resolve’s Advocacy Day in Washington DC.  He helped stop several anti-family building bills that threatened to give the Arizona state government rights to track the creation of infertility patients’ embryos. 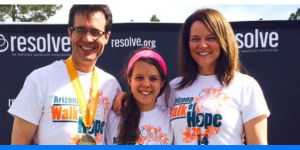 Denny now lives in New York City where his formerly frozen embryo is attending high school.  Denny is expanding his outreach and support for medically assisted family building into New York City and the surrounding boroughs.

He continues to provide support and is available to speak at support groups and infertility clinics about his ongoing advocacy for the 8 million couples entering the infertility treatment jungle every year. 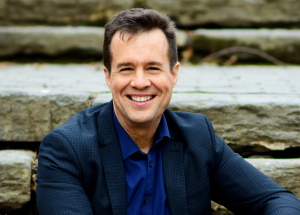 Denny can be contacted by phone or text at 520-975-8810 or by email at dennyceizykjr@gmail.com