Lisa and I often found refuge in the escape of movies when the beta test hit the fan in a cycle, or when we needed to avoid checking the messages on an answering machine that increasingly revealed news of another pregnant friend, relative, pet, etc.

Often I see posts on the infertility boards from people wondering how to respond to or describe the different people and situations during infertility, and since movie quotes are so easy to remember, maybe these will provide quick one liners to help cope with those moments.

What it feels like when the cycle starts going wrong—meds aren’t producing enough eggs, the sperm sample sucks, the blood work shows hormones screwed up, the doctor has a puzzled look on his face during the ultrasound:

“There’s no reason to become alarmed, and we hope you’ll enjoy the rest of your  flight.

By the way, is there anyone on board who knows how to fly a plane?”
Airplane (1980) – Elaine Dickinson (Julie Hagerty)

Our secret code that it was time to leave a social gathering after getting the tilted head “How are you doing” question for the 10th time in a sixty minute window, followed by the courtesy five second waiting period to nod empathetically and follow up with a meaningless platitude or piece of pointless advice: 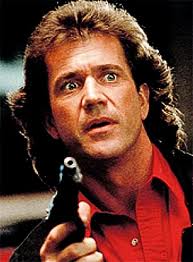 “What did one shepherd say to the other shepherd?  Let’s get the flock out of here.”
Lethal Weapon (1987) – Martin Riggs (Mel Gibson)

Perfect depiction of how confused I was trying to figure out whether to pay attention to the RE or to Lisa at our initial infertility consults. 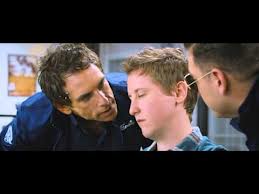 How I felt nurses viewed me when I was in the waiting room at appointments early in our infertility days.

“When God created woman, he gave her not two breasts but three.  When the middle one  got in the way, God performed surgery.  Woman stood before God, with the middle breast  in hand.  Said, ‘What do we do with the useless boob?’, and God created man.”         A Prairie Home Companion (2006) – Dusty (Woody Harrelson)

What we wanted to say to a rude nurse or insurance person during an infertility cycle:

10 Things I Hate About You (1999)
Ms. Perky: People perceive you as somewhat…
Kat Stratford: Tempestuous?
Ms. Perky: ‘Heinous bitch’ is the term used most often.

The mindset I needed to pay attention during an infertility consult. 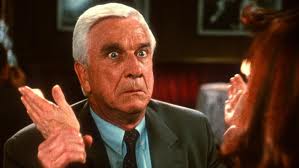 A unique answer I wish I could have used when someone asked if we had kids yet: 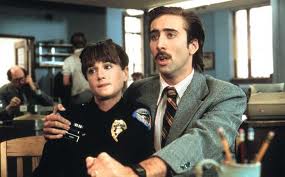 H.I. (Nicolas Cage): “Edwina’s insides were a rocky place where my seed could find no purchase.

Something I wish I would have said when someone suggested we should “just relax and take the focus off”.

French Soldier (John Cleese): “I don’t want to talk to you no more, you empty headed animal food trough wiper. I fart in your general direction. Your mother was a hamster and your father smelt of elderberries.”’Monty Python and the Holy Grail’ (1975)