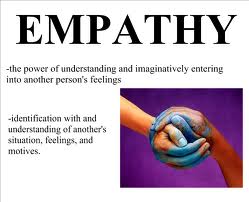 I have been following A thread that was posted on the Resolve Facebook page, and I love some of the responses to the question:

What is one thing you wish people knew about infertility?

I’ve compiled some that moved me below to provide a quick and easy resource the next time some insensitive “people” need an education from the mouths of people going through infertility.

Or for the DH’s who might not understand why it hurts so bad when a cycle fails, or aunt Flo appears, and what on the surface may seem like ‘that time of the month’ is really an emotional spiral off the cliff of “Mt Hoping For Motherhood”  to the valley of “What The Hell Do We Do Now?”

My response is in bold below–the Facebook responses, with names removed for privacy sake, are featured in italics.

Having a baby is a need, like breathing, eating, and sleeping; not a “lifestyle” choice, or an ambition that can be simply crossed off a “things in my life to do list” if it turns out ones biology is not cooperating.

That it takes more than just relaxing to conceive.

That getting my miracle after 11.5 years does NOT mean that I’m going to start attending baby showers! I am still infertile, always will be (Since 1995).  Yes, I’m bitter……Infertility has changed me forever!

The heartwrenching fact that it hurts. That it hurts, especially emotionally. And to just understand to be there for us when we are having a bad day,or week,or month even. Also, to keep some comments to themselves, and don’t ask if were pregnant yet… Don’t worry we will let you know when it happens..

It affects every single area of your life.

That it doesn’t always mean you will never have children and that it has nothing to do with God punishing us. I am disgusted that a pastor told someone i know that God is probably punishing us by not giving us a child so we need to repent and beg for forgiveness. There is ALWAYS hope, and until then, i will keep telling myself that you just have no idea what I’m going through.

That it is NOT God’s will or Nature’s way of controlling the population-it is a medical condition that needs to have solutions that are accessible to people who would benefit from them in ways that they themselves can live with. That it is not a part of the natural order of things and therefore should be accepted without question by those who suffer with it.

That EVERY MONTH when you get your final answer from the “red witch” it feels like a death has just occured, and though I’m smiling, there are pain and tears behind that forced grin that proves my strength…

That it’s not our fault, it’s not something we did or chose. It’s not because I waited too long. Or is it? Most 29 year olds can achieve pregnancy fairly soon. However, so many people think that they have more time.

That it exists and can be one of the most emotionally painful situation one can experience! People generally relate only to their own situation and if they had an easy fertility they tend to ask rude questions and give unwanted advice. Just this weekend when a parent found out that we don’t have children told us to ‘get on it!’

How hurtful it is when others tell you they got pregnant and they weren’t even trying. Or when someone complains about being pregnant AGAIN. Those of us who suffer from infertility and undergo procedure after procedure to try to get pregnant do NOT want to hear how you hate being able to get pregnant easily.

That it’s not just a woman’s issue. Male infertility is a real. People always assume it’s a problem with the woman.

How damn expensive it is and that its considered an elective procedure like breast implants thru insurance policies! Women need to breed and its in our DNA and history to do so and shouldnt be considered cosmetic like implants. Doctors take full advantage of this and charge the same damn amount! A regular doctor visit is about $90-$150. A fertilty or plastic surgeon runs anywhere between $280-$500 and thats just for a consult! No blood tests or any tests for that matter! Just to speak to you! They prey on your every weakness & the fact that we don’t have much time!

I’d like to add that I wish more people knew that it’s not just a female problem. Guys suffer from infertility too, and society is even harder on then than it is on women. Fewer people understand male factor infertility. I always find it kind of insulting to both my husband and I when they hear we’re struggling to conceive and they start giving advice to me all over the place, when the tests have all revealed that our problem is male factor. And when it all boils down to it, it’s a COUPLES PROBLEM, not just a man or a woman problem.

I agree with the person that said even though it seems like old news to them, it still hurts us. I wish people were more caring and realized it is the most painful life changing thing I’ve gone through so far. It’s always there and it will always hurt more than words can ever express. Secondary infertility is a real thing, I am not choosing to have one child. My one child ask for a sibling almost everyday and that hurts the most. Yes, I am beyond grateful for her but it still hurts when life is not turning out how you expected. Most of all it just hurts and hurts and hurts and I don’t know how to move on. And I wish there was someone there to just listen and cry with. It’s so very lonely.

It impacts an affected person’s life as deeply as an other disability. Personally, if I woke up tomorrow & my legs didn’t work, but my reproductive system did ……. It would be easier to cope. Again that is very personal to my mentality.

Oh and for what I wish people knew about IF, I would say that it’s not anyone’s business when you decide to/are able to have kids, or how many you are going to have, & people just ask it like they ask what your favorite color is. It’s not their business! and when you do tell someone you’re infertile, the first thing they jump to is adoption! I wish they knew there was so many more steps before that one, & it’s not an easy decision to say the least.

Just how much it sucks… People ask how your doing and if you say, things suck right now but I’m here and their response is, well sorry you have that outlook on life… It makes you so angry. So u have to continue to put your fake smile on, tell people what they want to hear, and continue the battle alone because no one gets it nor will they.

That infertility is an extremely depressing, frustrating, exhausting disease. It causes people to feel isolated. When you are constantly reminded that you are not a parent and everyone around you is pregnant it makes it harder to want to be around people. Some days it takes all the energy that you have to get out of bed and to put on a smile as if nothing is wrong when inside all you want to do is curl up and cry. Infertility treatments/tests and adoption costs are expensive, time consuming and emotional issues to deal with. Sometimes doing both is not an option. Having to choose one or the other is heartbreaking. Just because you’re not able to participate in everything that a person is involved in does not mean that you are not interested in what is going on in their life. It just means that you have a lot going on in your own and it is frustrating to have to keep explaining that you are financially and emotionally strained.

Its not a character flaw, it says nothing about the person you are, and no matter how “good” of a person you are its a medical condition that affects all races, ethnicity, the rich, the poor, and everything in between.

That the pain of IF is crippling, not just a “rough time” in your life. It literally defines you as a person, a woman, and a wife. Those blessed with fertility are so nonchalant about throwing around phrases like, “Just adopt already!”, and others. I’ve had women say things like “Get over it already”. Would you say that to someone dying of cancer? Or that lost a loved one? The pain of IF is just as real and deep.

← Countdown To The Walk Of Hope In Scottsdale, And A Resolve Support Group In Tucson
Hasta La Vista, Arizona Anti-Baby Making Bill!!! →