I remember the panic in Lisa’s voice when I told her that the air conditioning had gone out at our office.  We were a few months away from our first IVF, snd research indicated the extra heat could endanger the sperm in production inside my internal tadpole factory, considering the outdoor temperature on that typical Tucson summer day was about 105 degrees.

Within twenty minutes she arrived at my office with a cooler, which I foolishly thought contained a surprise home made lunch treat, but actually contained a barrage of ice coolers, ice filled plastic bags, and other assorted cooling packs that I was instructed to immediately place over my potentially overheated scrotum.

Ah, if only I had my “Snowballs” testicle cooling kit.
Apparently some guy name Josh Shoemake has patented “cooling’ pants. Here is the a blurb from an article online out of the London Media, that I though would at least provide a chuckle, if not an all out run on the Snowball site as summer approaches and infertility challenged men everywhere face the danger of testicular overheating.

Could chilly fertility pants help you conceive a child?

Strange as it may sound, for men who are trying to conceive a baby the ideal environment in which to store their little swimmers is one cooled to a temperature slightly below core body heat.

So now one forward-thinking Morocco-based man (who has suffered fertility problems of his own) has invented a pair of men’s underpants that keep things downstairs chilly in order to maximise the chances of conceiving.

American Josh Shoemake’s patented‘Snowballs’pants come with a special integrated pocket that cools a man’s nether regions in effort to boost his sperm count.

Shoemake, 38, a full-time writer who was headmaster of The American School of Tangier for 5 years, himself spent lots of money and suffered endless heartache going through the ‘fertility factory’ with his wife.

Originally from Virginia, Shoemake came up with the idea for Snowballs after a friend of his was told by a doctor to cool his genitals in order to help him conceive a baby. 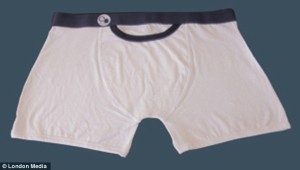 He says: ‘It was my friend and his wife who really provided the breakthrough. It had been a painful year. There had been a silent miscarriage after two years of trying, and the best doctor that money could buy had said that their chances were now zero.’ 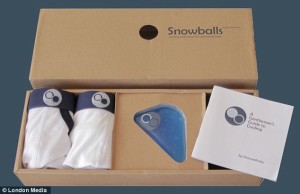 Shoemake continues: ‘They ignored his advice and saw another doctor, and then another, until finally one gynecologist took the time to sit down with them and listen carefully.

‘Almost immediately, he had a new plan. First, my friend should begin icing his balls. Huh? And then he should have himself tested for a varicocele. Again, huh?’ 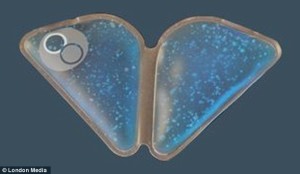 Varicoceles are enlarged veins in the scrotum that bring more blood and raise scrotal temperatures. When Shoemake’s friend began icing his testicles, he and his wife conceived a daughter.

Speaking to MailOnline, Shoemake said: The studies showing that icing works are pretty recent, and we’re just starting out, but there is no doubt that heat kills sperm, and that icing prevents that.

‘I imagine we’ll have some additional testimonials pretty soon, but in fertility science, like in most science, it’s difficult to isolate any one factor.

‘As we say on the site: “We believe in miracles, but don’t count on Snowballs to work ‘miracles’. They should increase both sperm quality and quantity, and they should give you a better chance to conceive at minimal cost, but fertility science is complex, and you’ll also want to consult with a urologist (for varicoceles), as well as your fertility specialist.’

For the entire article as it appears on the web–here it is!  May your boys stay cool wherever you are in your infertility journey!
Read more http://www.findingoutabout.com/frozen-fertility-pants-could-snowballs-help-conceive-a-baby-josh-shoemakes-underwear-cools-testicles-to-raise-sperm-count/
← Six Days Til First Resolve Infertility Tucson Support Group Meeting
Infertility Jokes–She Said, He Said →