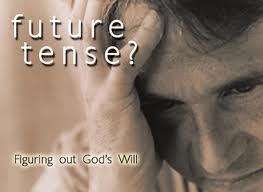 When we hit the official ‘you need to see your doctor’ milestone of one year of trying without achieving a pregnancy on our own, I was resistant to the need for medical testing.

Growing up Catholic and coming from a family of three I really never imagined that having a kid would be a problem.

I figured it if was God’s will, we’d have a kid right away—if not, we’d have to wait.

The Bible is filled with stories of people who have to wait for God’s blessing, and I struggled with the idea that we were trying to push His hand when we entered the medical infertility fray.

We also seemed to be getting so many conflicting messages about what we were SUPPOSED to do.

Around the time that Lisa and I were pondering our parenthood future, Lisa had been accepted into the PHD program at the University of Minnesota. Not just accepted, but offered a full ride, a teaching job, and a research project focused on perinatal loss.

Thinking we would be moving out there, I flew out to interview for jobs in mortgage banking, and came back with a nice regional manager offer in hand, and even a free place to live after meeting up with some relatives I hadn’t seen in years.

Everything was falling into place so perfectly, I figured God’s hand was surely guiding us.

Then I got home.

She wanted to stay and have her baby. Quit her job.  Tell University of Minnesota thanks but no thanks.

I couldn’t help being a little pissed.

I had no idea what ‘staying here and having a baby’ meant, but Lisa was resolute.  There was no wavering in her voice.  No hesitation in her eyes.

Lisa wanted to do IVF right away.

Something in her gut told her that we would not be an easy case, and that ultimately we would have to commit to the expense of IVF.

I couldn’t imagine how the hell I would do that.  I was pretty much working on salary plus some bonuses as a loan processor.  This meant I would have to jump into sales if I really wanted to step up my income.

I felt much more secure in the back office, solving problems, but not having to be on the front lines of bringing the business  in, schmoozing for new customers, and constantly meeting people I didn’t know.

GOFI failed (good old fashioned intercourse in case this is an outdated acronym in the 2000s).

God was saying no, pretty freaking loud and clear wasn’t He? 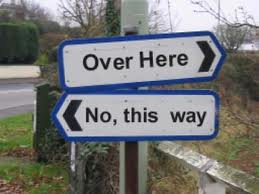 About four years into our cycles, we almost went back down the University of Minnesota track.

Only this time our sights were set on Chicago.

There was a doctor there who was claiming 80% success rates for some immune treatment he was doing.  I figured in such a big area there would be plenty of mortgage jobs

Our therapist seemed to be tiring of our sob stories.

Or maybe she was trying to wean us off of seeing her since she was getting ready to retire from counseling.

We felt abandoned.  Even our therapist was bailing on us!

This couldn’t possibly be God’s will, could it?  Isn’t He supposed to know the deepest desires of  your heart and fulfill your dreams if you are steadfast and faithful?

Six years of infertilityanswered that question with a resounding: sorta.

I don’t think God made the IUIs, GFTs, IVFs, and FETs fail over and over.

We could have chosen to stop when the IUIs failed.

Same deal with the GFT.  The IVFs.  The FETs.

Hell—I even thought God was trying to make it clear we shouldn’t even be CONSIDERING an IVF when our original scheduled cycle date in 2001, fell on 9/11.

But then again, it was delayed until October 11th, so we weren’t in the air on that fateful day.

I believe God gave us the strength to keep going—IF we asked for it.

The peace to get through the storms–IF we prayed for it.

The strangest thing is, it was when we totally surrendered control after our post 9/11 fresh IVF failed, that I finally admitted  I would NEVER stop trying until we had a biological child.

Lisa had known she wouldn’t give up from day one.

It took me about six years to get there.

And there were moments when I was REALLY pissed with God along the way.

I even considered deals with the dark side.

I also concocted Hollywood versions of suicide knowing that my sacrifice would ensure Lisa could move on to a man with super sperm fertility abilities to satisfy her desire to have a biological child.

A little voice always pushed those impulses down.

That was the voice of God getting involved.  Convincing me I was better than that, stronger than that.

Like Rocky facing Clubber Lang in Rocky III, I just had to face my fears.

I am a great salesman  now and have had career and financial success I never would have had I not stepped up and grown knowing that Lisa would need to focus all her energy on preparing her mind, body and soul for the battle that was coming.

I found my writing voice from the tragedy of a miscarriage. God opened my ears to the encouraging whispers of that unborn baby’s voice, and doors have opened that never would have been possible had we gotten pregnant right away.

And of course, I have enjoyed 10 years of looking into the eyes of  our daughter, seeing myself reflected back, because I came to terms with my anger, and learned to pray for peace amid the storm, rather than a specific outcome with each infertility pursuit.

Was it all God’s will?

I think we simply choose which version of His will we are going to follow.

Some choices lead us to tears and heartache.

Other’s lead us to beauty and joy beyond our wildest dreams.

Unless we stop living, stop breathing, stop feeling, and stop thinking—His will can always lead us to a new destination.

The question is whether we have the will to keep changing the direction to get to new destinations.